An Open Source Program Office (OSPO) helps an organization create and manage an open source strategy in terms of the adoption, use, support, participation, and development of open source software and is designed to be the center of competency for an organization’s open source operations and structure. This can include setting code use, distribution, selection, auditing and other policies, as well as training developers, ensuring legal compliance and promoting and building community engagement that benefits the organization strategically. 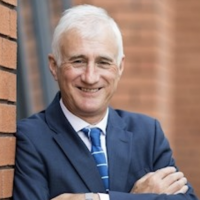 The two core values managed and advocated by Lero-OSPO are:

Comply: Open source software is free to use, but comes with an important responsibility: to comply with licensing requirements. Given the number and variety of licenses — not to mention the difficulty of unearthing deep dependencies — this can sometimes be easier said than done. Lero members must comply with licensing requirements in order to avoid potential litigation or reputational damage to Lero and its partners. One of the main functions of Lero-OSPO is governing license compliance, including determining which licenses can be used with which projects and overseeing how teams track their open source components and dependencies.

Contribute: The OSS community is a diverse group that includes everyone from individual developers to large enterprises that sponsor various projects. Contribution is a core pillar of the open source community mindset and it is also one of the main reasons why open source has thrived in recent years. Lero encourages its members to contribute back to the OSS community (see Lero Open Science Charter - link to be added), which not only builds goodwill with the Open Source community whose code might be the building block for one or more Lero projects, but also can be beneficial in creating potential funding opportunities by showcasing Lero’s contributions to interested parties.

Other than supporting Lero members’ interaction with the OSS community, the OSPO also advocates and promotes Lero’s Open Science policies and helps the Lero members with various activities & efforts related to Open Science.

Why is OSPO important for Lero?

Where can I learn more about OSPO?

There is an excellent module discussing various aspects of Open Source and OSPO available at https://ospo101.org/.

Are there any other OSPOs in Ireland?

The Trinity College Dublin hosts their own OSPO: https://www.tcd.ie/innovation/OSPO/.